It’s not surprising to me that the “Gig-Economy” is expanding the way that it is. The “Gig-Economy” is the world ruled by entrepreneurs, independent contractors and the self employed. This is a segment of the economy that is populated by people who do what they want, the way they want to do it, on the schedule of their choosing. And, according to a report in Business News Daily, 36% of the American work force is already independent. And numerous workforce study reports predict that we will see the freelance workforce in America surpass 50% within the next 10-15 years. So why is this happening?

Of course, technology is a huge factor in the change. More and more people can be productive from just about anywhere, so long as they have internet or cellular connectivity to the outside world. And culturally, younger generations have a different mindset about work / home balance. But I think there’s more to it than that.

There are too many times, when I’m trying to deal with corporate entities, that common sense and rational thought processes go right out the window. I can’t explain why, but there is a certain paralysis that manifests itself within many large corporations. People are often locked into rigid habits and routines that void them of even the most basic of independent decisions. And even where there may be empowerment to take action on items, many in the large corporate culture seem unwilling to make moves that may draw attention or engage any level of risk. Better to stay the course than to be party to something that may not work out.

When absorbed into this kind of environment, many employees and managers are blind to the inefficiencies and obtuseness of their stagnation. Employees who do see and feel the frustration and inevitable failure of this mind set in a company end up leaving, either to a more empowered work environment or they branch out to work for themselves.

In the face of constant turn over of employees and the challenges many businesses face in recruiting talent, many choose not to adjust their ways but instead clamp down on their key personnel even more rigidly. This further stifles creativity and workplace morale, which more and more people seek as a key factor in a job. Corporations that are learning to embrace the trend of independent workers are picking up speed, not slowing down. Unfortunately, most still don’t get it.

Which brings me back to where I began, it’s not surprising to me that the “Gig-Economy” is expanding the way that it is. Corporate culture is dying in the hearts of the American worker. 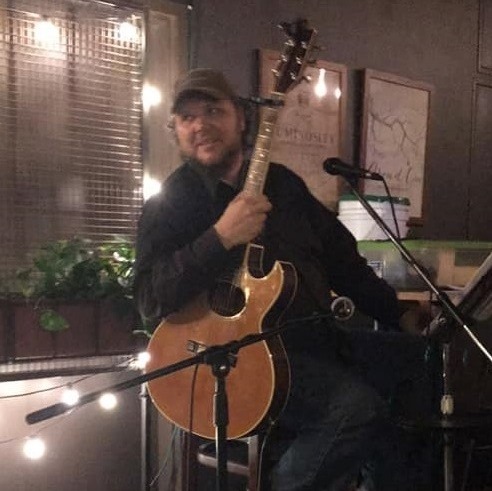 I have wings that have sprung free. Come fly with me.

Hop up on Matt’s “Front Porch”, Chill and Chat

Thanks to Matt Evans of The Catawba Angler for spending a full hour with us on the show today, talking #fishing in WNC. The podcast is up on most platforms tonight. The rest tomorrow. #mcdowellcounty #LakeJames #fishing #flyfishing #linvillegorge #thecatawbaangler #trout
Another absolutely AMAZING #sliceoflife #comedy show at #theorangepeel in #asheville tonight, featuring nothing but local comics! So much fun!! #avlcomedy #michelescheveproducer
Getting ready for tonights big Slice of Life #Comedy Show, on The Orange Peel's main stage, featuring a dozen of the sexiest local #comics in #Asheville. ;) Doors open at 7. Show at 8.
Rainy, winter weather always looks to pretty to me - at Lake Tomohawk in Black Mountain. :)
Family fun night (Saturday) at @ashevilleretrocade in #westasheville
Family fun!
Got to enjoy the unseasonably warm day out on my canoe today. Full gallery, and other cool outdoor stuff over on @mattmicheleoutdoors
Just a little screen grab from "Camera 3" in our new studio. Can't wait to start broadcasting @bizradioavl local shows with @ashevillechannel too! #Asheville #radio #tv #business #community
Marty Reed with #capitalbankcard of #Asheville is a total pro! During her recent interview in our new TV/Radio studio, she wasn't phased one bit by all the camera's and equipment! That's the kind of cool you want working with your credit card processing needs. #bizradioasheville
Thanks to all the great entrepreneurs that came out to our New Year's Broken Resolutions Carb Party at Farm Burger in South Asheville this week! We had so much fun, SO much incredible food and I have to admit, we felt pretty special that Farm Burger took such amazing care of us - even shutting down the restaurant for the night so that Biz Radio Asheville guests had it all to ourselves! #community #matters #Asheville #business #farmburger #southasheville
Earl Hunter, Founder of "Black Folks Camp Too" made his radio debut with us, on "Matt & Michele Outdoors" recently - for this endeavor anyway - and he couldn't have been any more passionate or excited than he was. It was infectious to hear his story and his cause. Check out the Podcast of our 01-03-2020 show, across most platforms. #nature #camping #community #racialequality #family #blackfolkscamptoo
Our sweet #feralcat Moon has had a breakthrough. She's giving lovin's now and letting me pet her!!! A year ago she would run away if someone approached her. See what a year of patience and persistance can do? #toocute
Said goodbye to the old studio yesterday at close of business. Lots of work going on this weekend. Look forward to debuting the new set up. ;)
A great night of laughs at @sliceoflifecomedy with @everythingavl tonight!
This is my new fur-buddy. His curiosity is my joy. I've been getting visits for the pastcouple weeks. I hope to see him again this weekend. #love #racoons 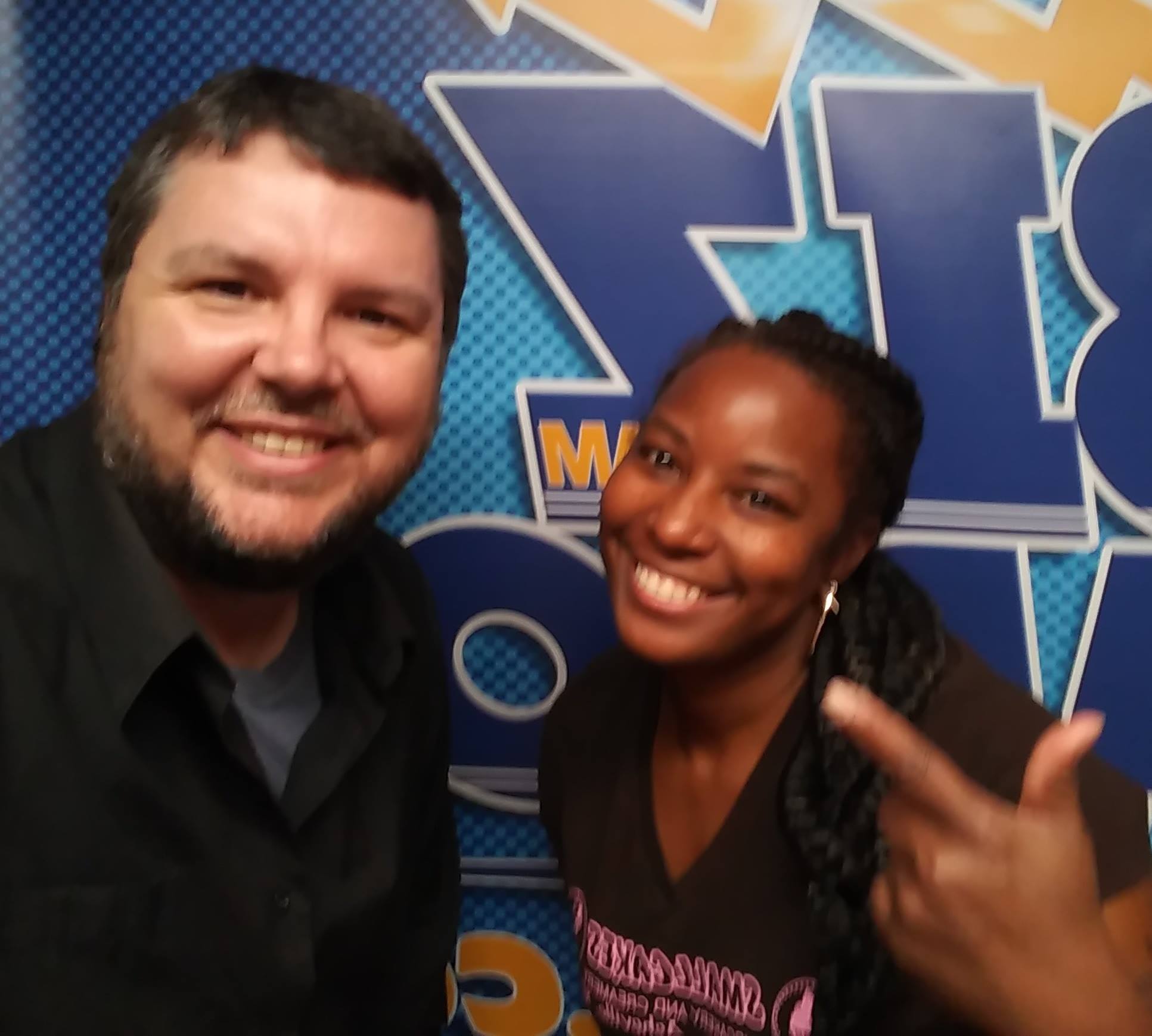 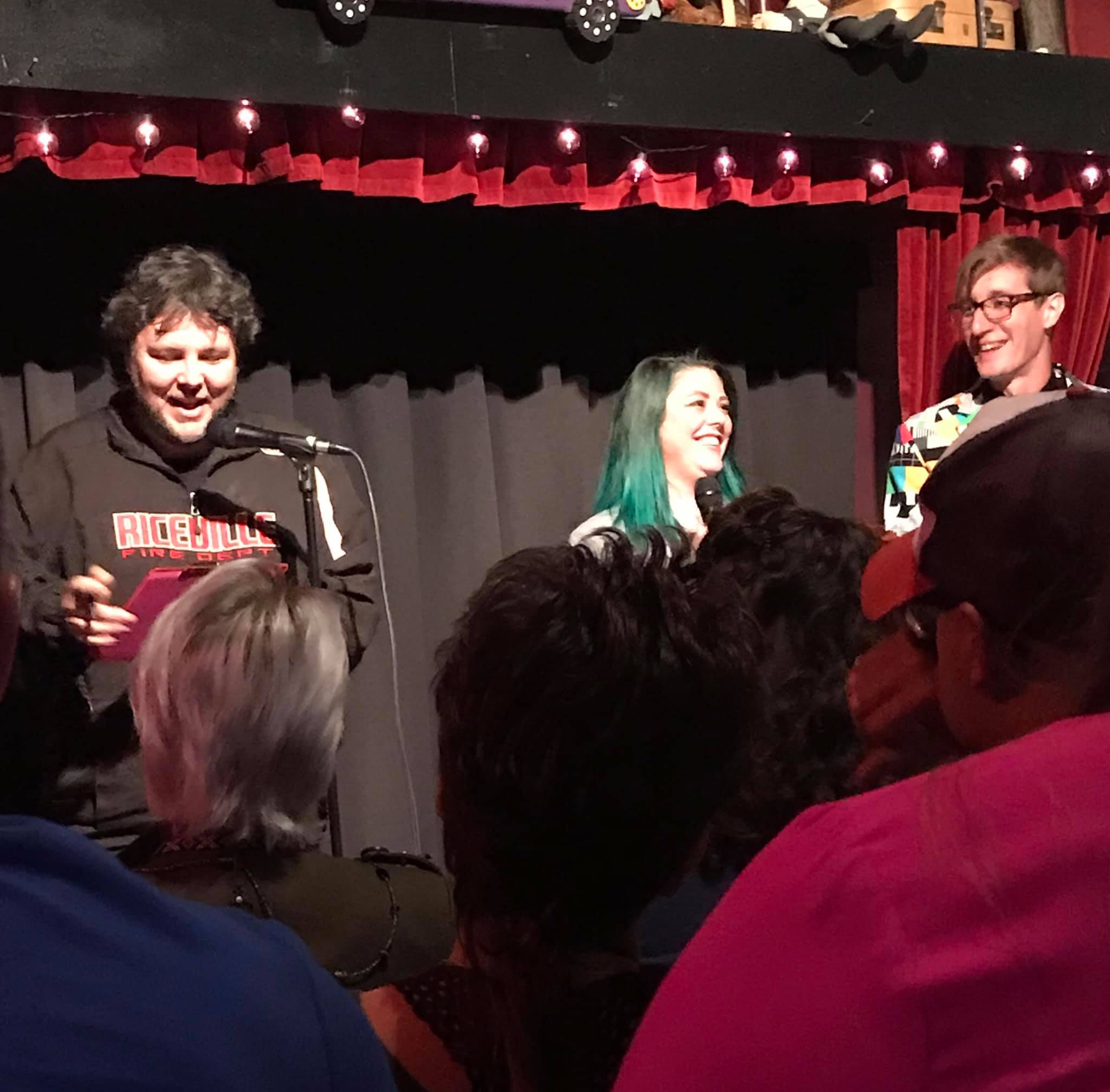